A look back, forward. A commentary by Rev. Roosevelt Gray Jr. 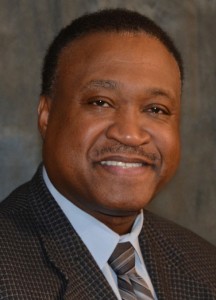 The official history of black ministry in the LCMS began in 1877 — 14 years after President Abraham Lincoln issued the Emancipation Proclamation and 30 years after the Synod was formed.

The significance of these historic events would change the course of history for many blacks in the Deep South and eventually throughout the nation.

In the Deep South throughout those early years, educating blacks and the education system were driven by segregation. Yet it was known that many white Christians would create and encourage opportunities for education as they fought for fairness and equality in educating their black neighbors, fellow Americans, and Christian brothers and sisters. Both black and white churches were creating communities of Christians who believed that education, faith and family were at the very foundation of how God had created humanity to live together.

Our predominantly German church body heard the Macedonian call 137 years ago to go south and reach a large population of black Americans who were in many cases relegated to a lifestyle of subsistence and share-crop farming, and as day servants and common laborers.

Though some blacks were being educated in segregated black schools and higher-education institutions, the vast majority lived a meager existence as American citizens and often had little hope of a quality education that would give them social, civic or community equality, or an upwardly mobile life that would lead them and their children out of a lifestyle of poverty and illiteracy.

click here to read more.(link goes to Reporter Online, the Web version of Reporter, the official newspaper of The Lutheran Church—Missouri Synod)