Just How Great Is Your Sin?

Lent is the time for self-reflection. Of looking inwardly and taking an inventory of the state of our lives. There are times that we can look with satisfaction and the improvements that we have made over previous times, and there are times we come up short.

The second week in Lent is traditionally the time when we recall the Parable of the Prodigal Son. (Luke 15: 11-32) Th reason is obvious, we are all at one time of another the Prodigal Son. In the story, the son demands his inheritance early and squanders if in a “far country”. In time, life beats him down unmercifully. At his lowest point, he takes stock of the mess he has made of things and quips to himself, that even the lowest servant in his father’s house lives much better than he. With nowhere else to turn, he returns to his father, hoping to admit his wrong and beg for forgiveness. He hoped that at least be might be hired on as a servant. 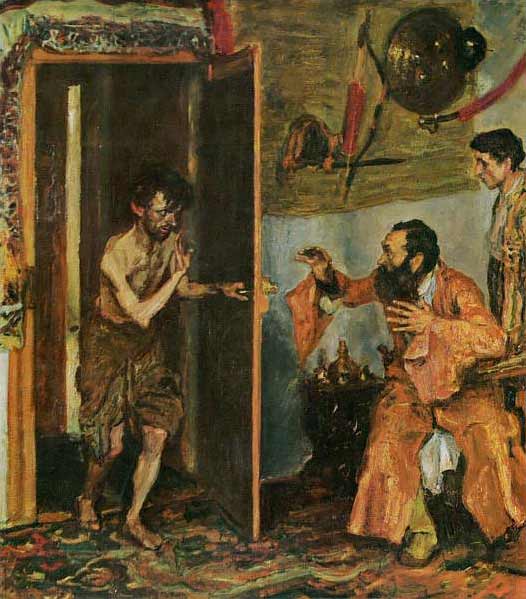 Of course we know what happened. “But while he was still a long way off, his father saw him and was filled with compassion for him; he ran to his son, threw his arms around him and kissed him.”

We don’t need the bible to tell us we have done wrong. Nature writes that on our hearts. Anyone who is honest with themselves knows how far from perfect their lives are. Many today are tormented by, in the words of Saint Paul, “For I do not do the good I want to do, but the evil I do not want to do—this I keep on doing.” (Romans 7:19).

It’s not that we want to do evil, or set out to do so, it just happens. It often just comes our way. Sometimes we fight it, sometimes we give in to it, but we all end up like the Prodigal Son, far far away from home.

Just like the Prodigal Son, our Father is waiting to great us with open arm. No accusations, no questions asked. Nothing but love and forgiveness. There is absolutely no sin in this world too great forgiveness.

Take a moment to look at where you are today. Life is a struggle and we’re beat down. Even though we may be surround by family and friends, we’re a long way from home. Reach out to God and confess your sins. Lay it all out to Him. No point glossing over anything, He knows it all. Man up to it and ask forgiveness. Then, take a deep breath, set back and relax. Enjoy the relief in the knowledge that your sins are forgiven. Your place in heaven is assured. As far as God is concerned, the wrongs that you did never happened. All is forgiven and your Father has you tight in His arms.