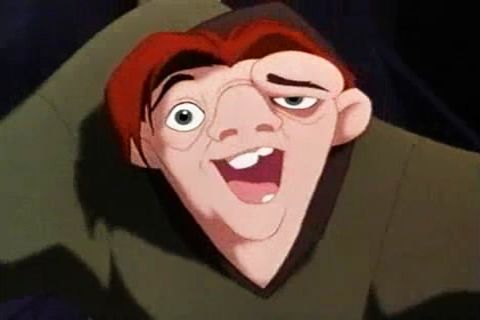 This Sunday is Quasimodo Sunday. No, it is not named after the character in Hunchback of Notre Dame, it’s actually the other way around. In the novel, the abandoned baby who grew to be a hunchback, was found on Quasimodo Sunday, so his adopted father named him Quasimodo.*

The name Quasimodo comes from the first line of the Introit for the day.

This is taken fro 1 Peter 2:2. “Like newborn babies, crave pure spiritual milk, so that by it you may grow up in your salvation.”

In the traditional liturgy of the church, the celebration of Eastertide was an eight day event or octet, and the Sunday following Easter marked the end of the Octet. Thus, the day was sometimes known as Octave Sunday.

Because this was the closing of the Easter celebration, another name has been Pascha Clausum which translates “Closed Easter”.

It has also been called Low Sunday, but no one seems to know why. It is perhaps because in the Roman Catholic church as well as many other Christian faiths, Easter is celebrated with high Mass, the service with all the bells and whistles, the incense, the choir, the chanting, the responses of the congregation, and so forth. The following Sunday returns to the more common, and thus low as opposed to high, form of worship.

Lutherans usually perform their own versions of high Mass, or high Church as we prefer to call it at Easter, making the service as splendid and regal as possible.

Historically, the Easter Vigil, held the night before Easter has been a time for adult baptism and confirmation. The newly baptized are given white robes (albs) to wear for the eight days from Easter to the Sunday after. As such, the Sunday has been sometimes called Dominica in Albis Depositis or the “Sunday of putting away the albs.” Later it became known at times as White Sunday.

The Gospel reading for this Sunday is always the story of Christ appearing to the disciples, absent the Apostle Thomas who doubts the reports they give. Then He appears to the entirety, including Thomas. In scripture, this takes place the Sunday after Easter. As such, this day has also been called St. Thomas Sunday.

On April 30, 2000, Pope John Paul II, designated the first Sunday after Easter as Divine Mercy Sunday, in honor of the Polish Nun Faustina Kowalska, who was canonized on that day.

With so many names for one single day, how should we refer to this day? The Catholics (followed by the Lutherans) decided to keep it simple. It is now officially in the calendar as the Second Sunday of Easter. The following week is designated the Third Sunday of Easter, and so on, until Pentecost.

Sixteen years previous to the epoch when this story takes place, one fine morning, on Quasimodo Sunday, a living creature had been deposited, after Mass, in the church of Notre- Dame, on the wooden bed securely fixed in the vestibule on the left, opposite that great image of Saint Christopher, which the figure of Messire Antoine des Essarts, chevalier, carved in stone, had been gazing at on his knees since 1413, when they took it into their heads to overthrow the saint and the faithful follower. Upon this bed of wood it was customary to expose foundlings for public charity. Whoever cared to take them did so. In front of the wooden bed was a copper basin for alms.

The sort of living being which lay upon that plank on the morning of Quasimodo, in the year of the Lord, 1467, appeared to excite to a high degree, the curiosity of the numerous group which had congregated about the wooden bed. The group was formed for the most part of the fair sex. Hardly any one was there except old women.

In the first row, and among those who were most bent over the bed, four were noticeable, who, from their gray cagoule, a sort of cassock, were recognizable as attached to some devout sisterhood. I do not see why history has not transmitted to posterity the names of these four discreet and venerable damsels. They were Agnes la Herme, Jehanne de la Tarme, Henriette la Gaultière, Gauchère la Violette, all four widows, all four dames of the Chapel Etienne Haudry, who had quitted their house with the permission of their mistress, and in conformity with the statutes of Pierre d’Ailly, in order to come and hear the sermon.

However, if these good Haudriettes were, for the moment, complying with the statutes of Pierre d’Ailly, they certainly violated with joy those of Michel de Brache, and the Cardinal of Pisa, which so inhumanly enjoined silence upon them.

“What is this, sister?” said Agnes to Gauchère, gazing at the little creature exposed, which was screaming and writhing on the wooden bed, terrified by so many glances.

“What is to become of us,” said Jehanne, “if that is the way children are made now?”

“I’m not learned in the matter of children,” resumed Agnes, “but it must be a sin to look at this one.”