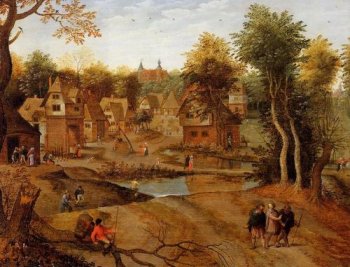 In Europe during the 1500’s it became popular for people to return to the main church or cathedral in the community of their youth every year on the fourth Sunday in lent. These people were said to be returning to their mother church or to be going “a-mothering.”

Over the years, Mothering Sunday became a day to allow children and young people that were working as domestic servants or employees to have the day off. This was so they could return home to be with their family as they returned to their home. Often, this was the only time of the year they were allowed off and for many, the only time they saw their family. Children would pick wild flowers along the way to present to their mothers or to place in the church in their mother’s honor.

Over time, this became a time to honor mothers with small gifts and tokens of affection. Gradually this became more of a secular celebration than a religious one.

By the twentieth century, its popularity had waned and was no longer observed in Europe other than Great Britain and Ireland. World War ll though, spurred a revival as American servicemen brought their traditions of Mother’s Day and they were merged with the traditions of British and Irish soldiers.

After the war British merchants recognized the opportunities that lay in an American type Mother’s Day celebration and the day was promoted heavily. Today, the people of Ireland and the UK celebrate a secular Mother’s Day on the fourth Sunday in Lent, however the day is still recognized by the church as Mothering Sunday.

While we do not celebrate Mothering Sunday here in Memphis, many people use the time of Easter to join with family and friends to return to Trinity. Trinity, who will be 163 years old this November, is the mother church to other Lutheran churches in the area. Many of the local congregations as well as congregations in Arkansas and Mississippi started as Trinity missions. These missions in turn started other mission congregations.

We welcome all who wish to return to the mother church this season. May God bless you with peace and joy as you join with family and old friends to celebrate The Feast of the Resurrection of Our Lord.