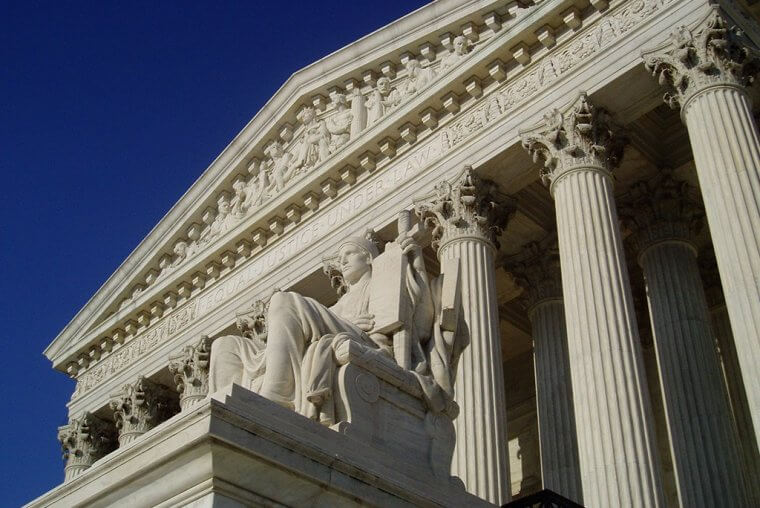 The U.S. Supreme Court handed down its ruling June 26 in the case of a Lutheran Church—Missouri Synod church preschool, determining 7-2 that the state of Missouri’s barring of the church from a government aid program was unconstitutional.

The case came about after Trinity was invited to apply for the 2012 Playground Scrap Tire Surface Material Grant Program to resurface its playground with recycled tire products to be provided by the supposedly neutral state program. The grant program was offered to Missouri nonprofits as a means to recycle scrap tires, in an attempt to reduce the amount of tires in landfills and to foster children’s safety.

“The government should treat children’s safety at religious schools the same as it does at nonreligious schools,” said ADF Senior Counsel David Cortman in his statement after the ruling. “The Supreme Court’s decision today affirms that common-sense principle and the larger truth that government isn’t being neutral when it treats religious organizations worse than everyone else.”

“The Supreme Court’s decision today demonstrates the support of the principle that the government cannot treat religious organizations differently than other organizations just because of what we believe,” echoed LCMS President Rev. Dr. Matthew C. Harrison. “Despite this case being about a preschool playground, a seemingly mundane and simple matter, this is a very big win for the fair and equal treatment of religious organizations.”

After applying for the playground-resurfacing program, Trinity Preschool later was deemed ineligible for the state grant program solely because the preschool is operated by a church.

After soliciting nonprofit organizations across the state to apply for the program and listing Trinity near the top of all applicants, the Missouri Department of Natural Resources decided Trinity’s learning center was ineligible for the program based on an interpretation of a state-constitution provision prohibiting government aid to religion.

ADF is a non-profit legal organization that advocates for the right of people to freely live out their faith. Its attorneys contended the case was a question of whether states can exhibit “hostility to religion” by barring churches from state aid programs solely because they are religious organizations. In oral arguments April 19, ADF attorneys asserted such discrimination violates the Free Exercise and Equal Protection Clauses of the First Amendment.

“Equal treatment of a religious organization in a program that provides only secular benefits, like a partial reimbursement grant for playground surfacing, isn’t a government endorsement of religion,” said Cortman. “As the Supreme Court rightly found, unequal treatment that singles out a preschool for exclusion from such a program simply because a church runs the school is clearly unconstitutional.”

The LCMS announced June 20 that the Rev. Dr. Gregory P. Seltz, speaker for “The Lutheran Hour,” officially accepted the Synod’s call to be the Lutheran Center for Religious Liberty (LCRL) executive director in Washington, D.C. The LCRL provides input, education, advice and resources in the areas of marriage, life issues and religious liberty and seeks to actively engage in discussions and establish partnerships, as appropriate, with individuals and groups in Washington, D.C.

“I look forward to my role with the LCRL and engaging on issues like this that impact religious organizations,” said Seltz. “One of the three areas of work will be to defend religious freedoms, liberties and rights of conscience for people of faith as provided to us by our founding fathers in the Constitution.”

In 2015, the LCMS participated in an amicus brief for the case. Amicus briefs provide pertinent information to the court regarding a case, alert the court to the ways in which the case may affect people outside of the two parties involved, and help draw public and media attention to an important issue. That amicus brief is available for download at lcms.org/board/amicusbriefs.

This article first appeared in LCMS Reporter and is written by Roger Drinnon (roger.drinnon@lcms.org). He is director of Editorial Services and Media Relations for LCMS Communications.