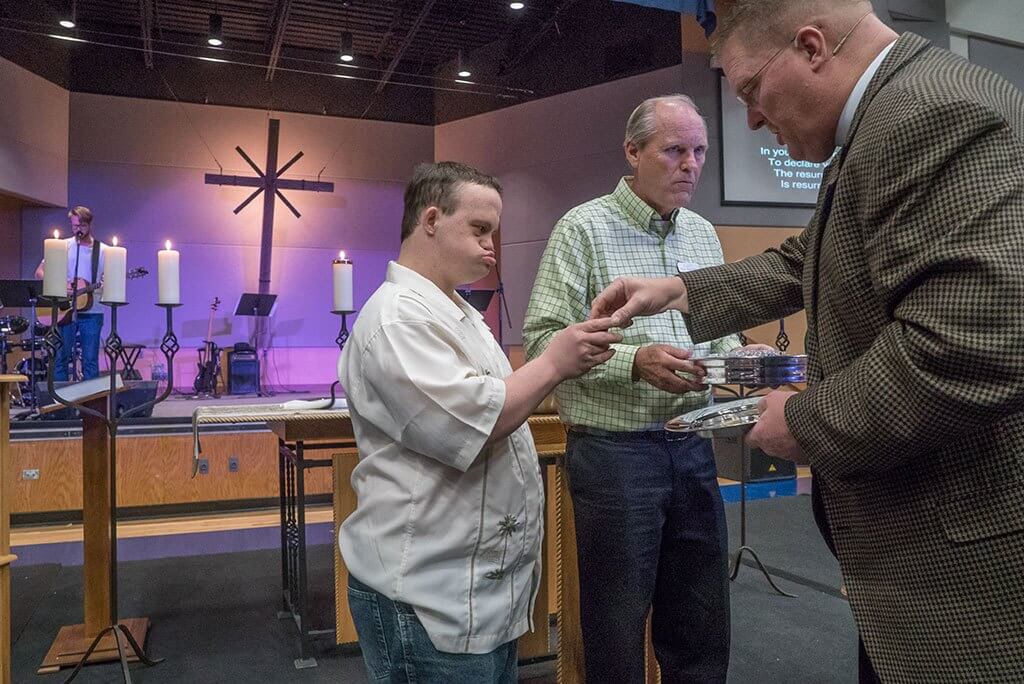 In one of several Bethesda Lutheran Communities group homes nestled throughout Watertown, Wis. — and much like Bethesda homes in other areas across the country — Annie Egan and her housemates receive necessary medical care. All are nonverbal and in wheelchairs; some use feeding tubes.

Such physical needs helped convince Cathy Egan to allow Annie, 38, to move to Bethesda when her daughter was 16.
Back then, Cathy had no idea how much Annie would enjoy singing songs like “Jesus Loves Me.” She never envisioned six women — all considered low-functioning — taking part in their group home Bible study and how they “really respond” when the topic is Jesus.

Integrating rather than segregating

Bethesda programs empower people with developmental disabilities to live, play, work and worship in their local communities. (Bethesda Lutheran Communities)A century ago, families took their children by train to Bethesda, where the youngsters grew up with classes in reading, religion and penmanship.

“We literally began as an orphanage, a home started by German Lutherans for families who didn’t know how to best care for their children,” said Mike Thirtle, president and CEO of Bethesda, a name from the Bible for the pool where the disabled came for healing (John 5:2-4).

While its mission to “enhance the lives of people with intellectual and developmental disabilities through services that share the Good News of Jesus” remains the same, the LCMS Recognized Service Organization (RSO) has changed dramatically.
Bethesda’s many programs include working with congregations to enrich the spiritual lives of people with developmental disabilities. (Bethesda Lutheran Communities) 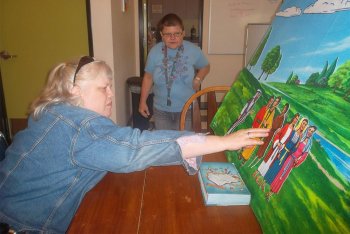 Bethesda’s many programs include working with congregations to enrich the spiritual lives of people with developmental disabilities. (Bethesda Lutheran Communities)

Still based in Watertown, Bethesda now includes more than 300 locations serving thousands across the United States.
Rather than “segregating people with disabilities from society, our focus is on integrating them into their local communities,” said Thirtle, talking about the RSO’s transition — and the national trend in disability care services — that led to Bethesda’s announcement in May to raze 11 buildings once used as its residential campus.

“As Ecclesiastes tells us, ‘to everything there is a season, and a time to every purpose under the heaven,’ and our season is to spread the Good News across the country and not in one location,” said Thirtle.

“Institutional facilities like the one in Watertown are no longer reimbursed by government funding in the state of Wisconsin. We have been transitioning people to living in the community over the past 30 years because of this,” he added.
Once state-of-the-art, the all-inclusive institution — which included a gymnasium, bank and dentist’s office — grew increasingly obsolete as Bethesda began to transition residents into modern group homes.

“Our goal is to help each person make choices, set goals and enrich their spiritual life so they can live in the home they choose and across the supports they desire,” Thirtle said.

“It’s incredible how normal their lives can be,” says Cathy Egan, pictured with her husband, Dave, and their daughter, Annie, whose physical needs helped convince her parents to allow her to move to the Bethesda Lutheran Communities campus in Watertown, Wis., when she was 16. (Egan family photo) 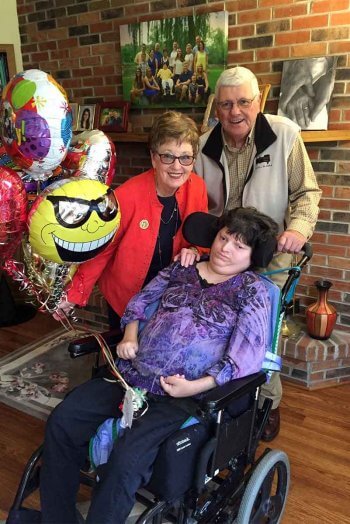 “It’s incredible how normal their lives can be,” says Cathy Egan, pictured with her husband, Dave, and their daughter, Annie, whose physical needs helped convince her parents to allow her to move to the Bethesda Lutheran Communities campus in Watertown, Wis., when she was 16. (Egan family photo)

‘Heart and hands of God’

Nearly three years ago, Annie Egan was among the last to move from the Bethesda campus. Cathy says she understands the benefits of a more home-like setting for a large percentage of Bethesda’s population, which includes people with a full range of developmental and intellectual disabilities, including those with Down syndrome, autism and traumatic brain injuries.
“It’s incredible how normal their lives can be,” said Cathy, who lives in Watertown and, with her husband, Dave, volunteers as “house parents” at Annie’s group home.

Like the people it serves, Bethesda faces challenges. It’s hard to retain quality staff, including caregivers, cooks and transporters who, Thirtle says, “serve as the heart and hands of God.”

Donor support is essential as government reimbursement falls short of the level of services Bethesda strives to provide.
Quality demands funding, of course, another factor in Bethesda’s decision to raze the vacant buildings after trying for years to find a buyer to repurpose them. Demolition is expected to begin in the fall. The many millions of dollars that Bethesda saves on utilities for empty buildings with no potential for repurposing, Thirtle says, “will go right back into services and support.”
The scope of those services will surprise anyone who still thinks the RSO is limited to the Watertown campus. In addition to residential housing, Bethesda programs empower people with developmental disabilities to live, play, work and worship in their local communities across the country.

“Spiritual care is a vital part of Bethesda and one reason it holds a special place in the hearts of many, including families and staff who have been impacted by its long history of faithful service,” said Deaconess Dorothy Krans, director of LCMS Recognized Service Organizations. 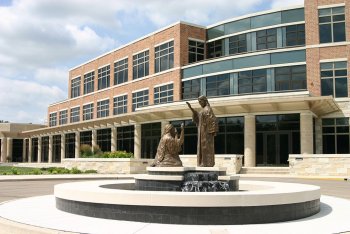 A statue of Jesus stands at the Bethesda corporate headquarters entrance in Watertown. (Bethesda Lutheran Communities)

Some of Annie Egan’s happiest moments are visiting the statue of Jesus in front of Bethesda’s corporate headquarters.
“She loves to look at it. It’s one of the biggest things she responds to,” Cathy said of her daughter.
While Cathy is thankful for the years Annie lived in a residence hall on the Bethesda campus, she also calls the group home Annie now shares with five “very sweet ladies” in a local neighborhood a blessing.

“I don’t think she would be alive today if not for the good care she’s gotten from Bethesda,” Cathy said.

For information about including people with disabilities in the life of the church or arranging a Bethesda Sunday, contact Deaconess Kim Trombley at 920-206-4408 or religiouslife@mailblc.org.