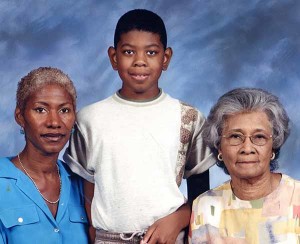 This article first appeared on TrinityMemphis.org on Feb 26, 2014

Trinity has been blessed with many African-American members who are dedicated and supportive in every way. Many are active in the various missions of the Church and many are either currently or have in the past, held positions on the Council and the Board of Elders. Many represent Trinity as public ambassadors in the community at large and in dealings with other congregations. All deserve honor.

Today, I single out one family for special recognition. There have been many generations of African American Lutherans baptized, confirmed and ministered to at Trinity Lutheran Church. One family of third generation Lutherans is the that of Vienna D. Stovall, born 1924 in Natchez, Mississippi.

Vienna’s parents and siblings relocated to Memphis, Tennessee in 1929. Vienna married Jesse Stovall in 1948. Memphis was still a segregated society; although, blacks and whites in the area around Redeemer Lutheran Church, lived peacefully in close proximity for years. 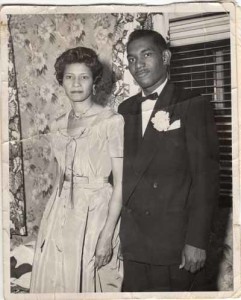 In the 1940’s a private school, started to provide African-American children with a better education than was available in public schools, fell on difficult times. The Lutheran Church took over the school and named it the Cooperative Lutheran School. It was the first and only African American Lutheran parochial school in the area and was located at 826 Edith.

One student of note, was Miss Cynthia Stovall, who started classes in 1956.

Soon after, the Stovall family relocated to Milwaukee, Wisconsin and became members of St. Philips Lutheran Church. Donna and Cynthia continued their Christian education at St. Philips from 1958-1960. After a brief stay in Wisconsin, they returned to Memphis and Calvary Lutheran Church, where Cynthia, Donna, Michael and Lisa were confirmed all confirmed.

Upon the passing of Calvary’s pastor, Dr. Dewitt Robinson, Cynthia transferred her membership to Trinity Lutheran. In 1983 and her mother, Vienna Stovall transferred to Trinity in 1988.

Zachary Miles Stovall, the third generation Lutheran was born October 1991, was baptized at Trinity and confirmed in 2006. The Lord dismissed His servant, Vienna D. Stovall December 26, 2006. Zachary is still an active member at Trinity in his service as crucifer. Cynthia is an active participant on Trinity’s Church Council and The Outreach Ministry.